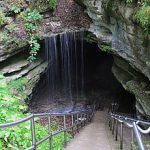 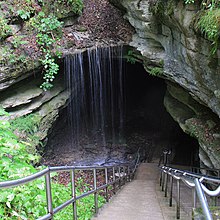 We visited Wind Cave in South Dakota but did not make it to this mesmerizing underground wonderland. Described as a “grand, gloomy and peculiar” sort of place, Mammoth Cave boasts more than 400 miles of explored underground network. Yup, that’s mammoth…in fact, it is the world’s longest known cave system. In addition to its unique size, the cave also has a long history entangled with slavery. Many of the earliest explorers and guides at this cave were African American slaves, including Stephen Bishop, Mat Bransford and Nick Bransford to name just a few. Their legacy lives on with much documented history, but also with some of the features of the cave named in their honor.